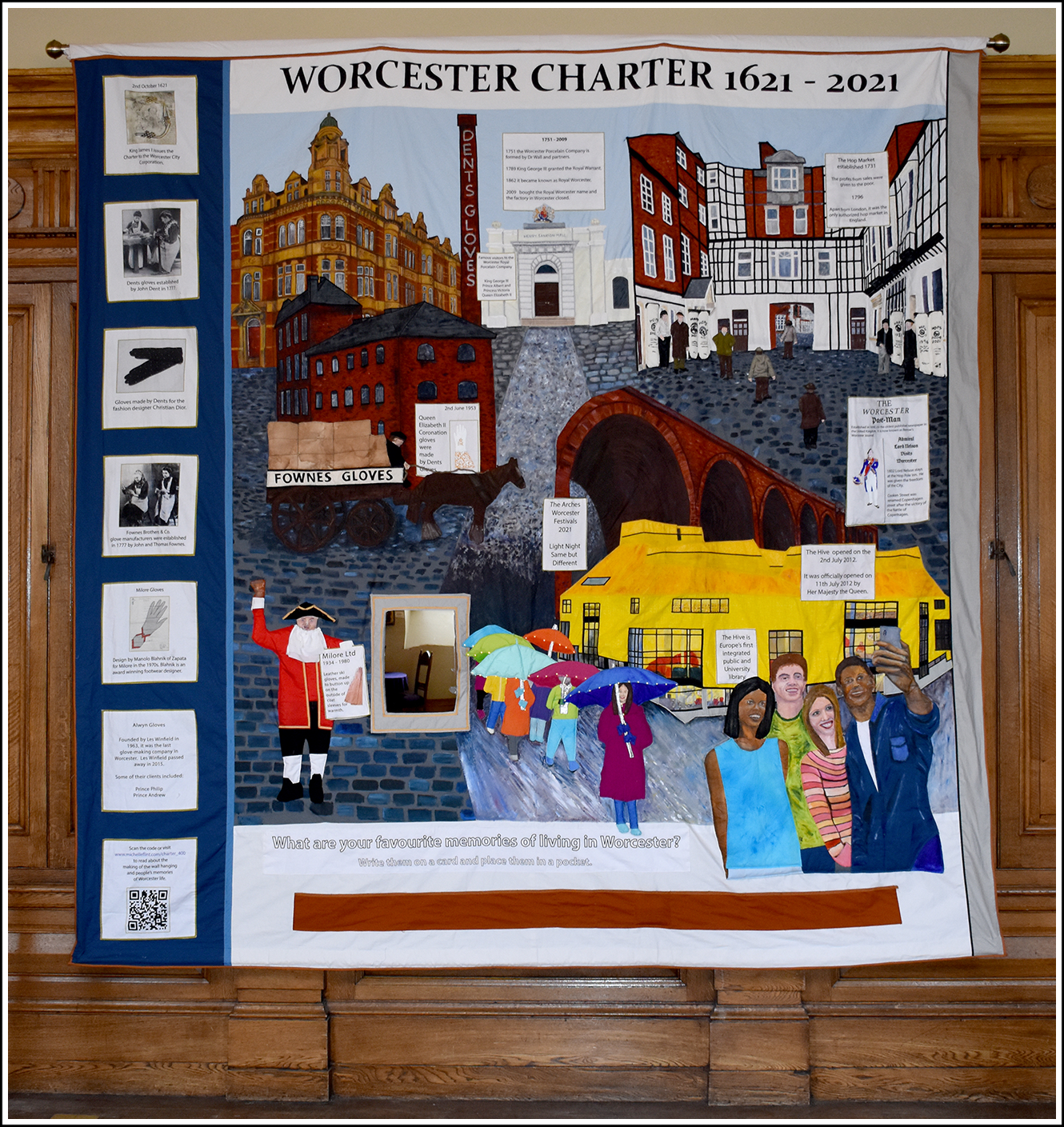 Here it is on display in Worcester Guildhall.  The design concept was to create a textile piece arranged like a tourist information website. The blue bar on the left with the squares represent menu buttons that would take you to another page. Incorporated throughout the design are important events and achievements made in Worcester during the 400 years since the Worcester Charter. I chose to focus on the glove-making industry, hop industry and tourism industy. There are cards provided for people to write down their favourite memories of Worcester, which they can put in the brown pockets at the bottom of the wall hanging.  I will upload these memories to this blog at a later date.

Why not visit and contribute to this piece by writing down your favourite memories of Worcester on the cards provided? 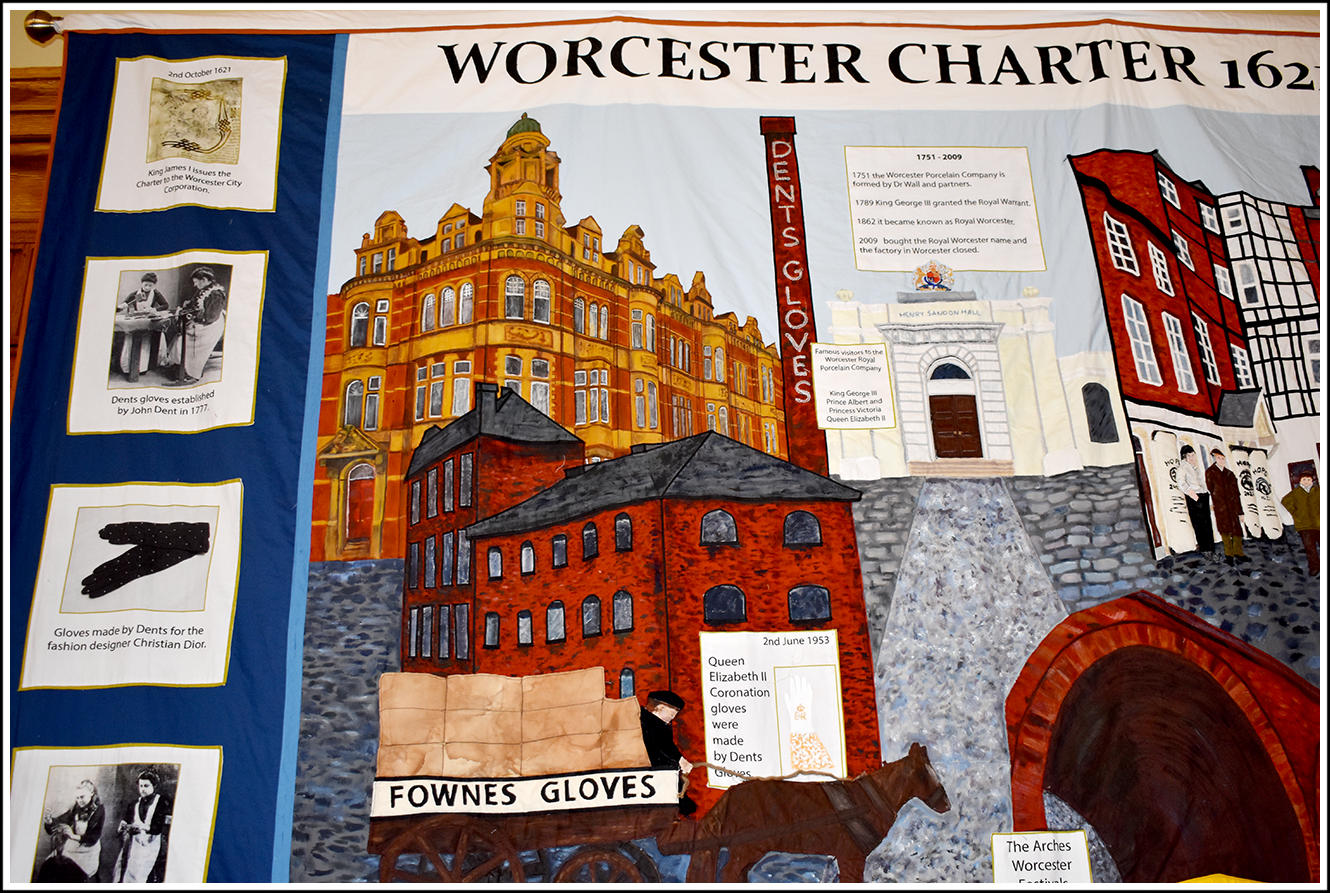 There is a poster showing Queen Elizabeth II Coronation glove which was made by Dents Gloves. The image below shows the information displayed above the Henry Sandon Hall. 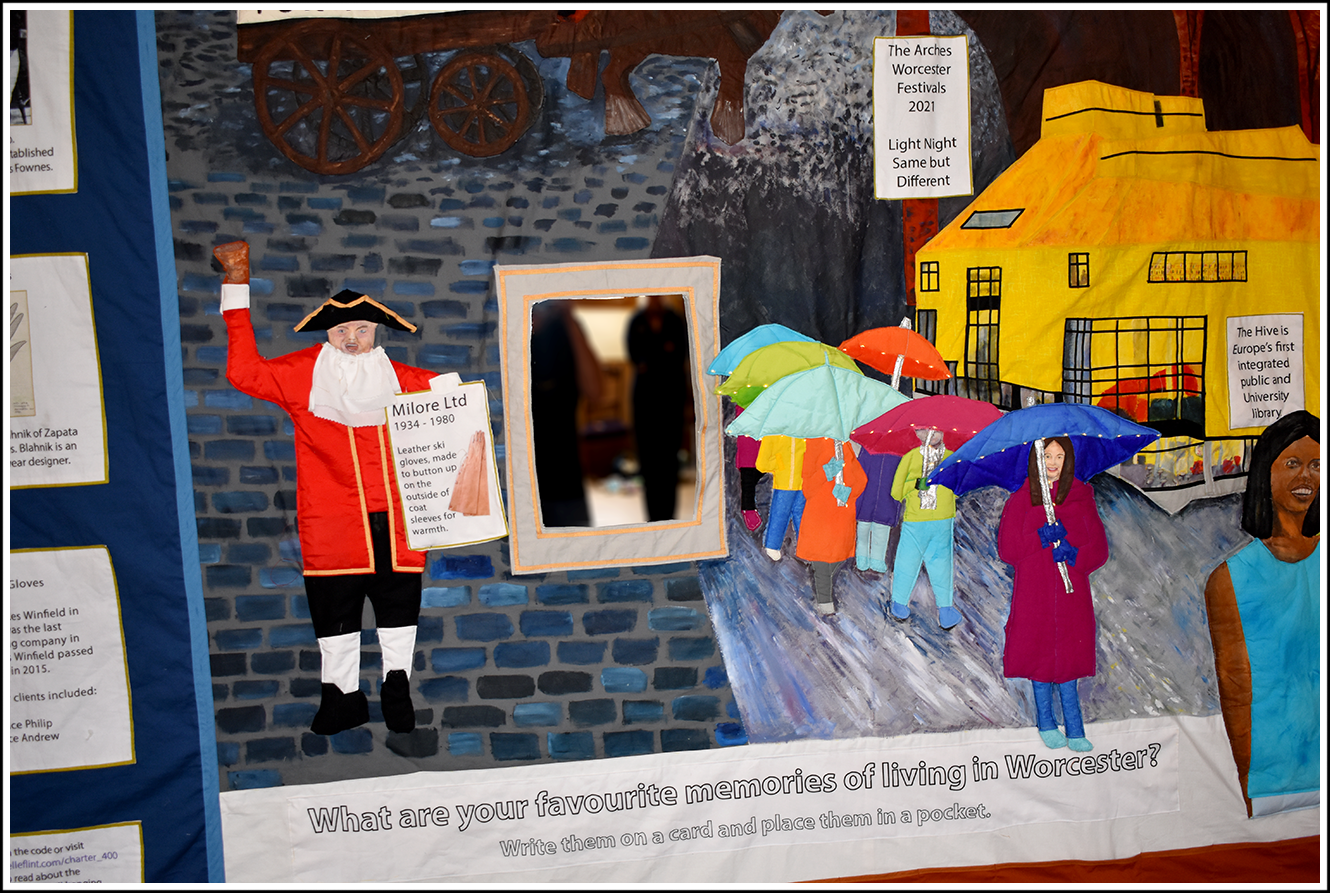 The town crier is holding a scroll that shows a photograph of a leather ski glove made by Milore Gloves (1934 - 1980) (photograph permission by Museums Worcestershire). They were designed so that the cuffs would button up on the outside of the coat for extra warmth. The mirror is for viewers to become part of the artwork. To the right is the Light Night Festival procession, a poster above advertises the Arches Worcester Festivals. 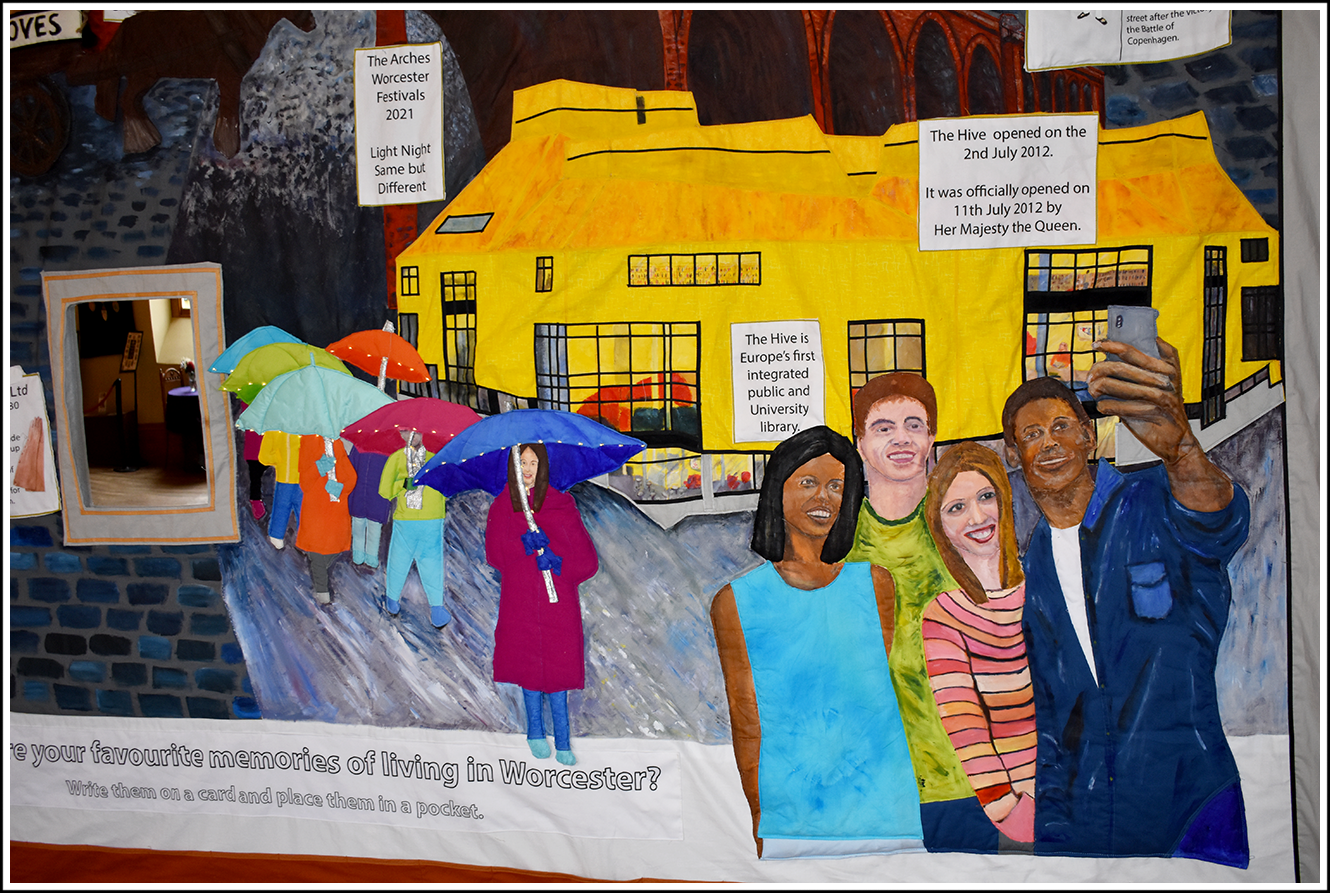 The bottom right of the design showing the people taking the selfie. In the background is the Hive, which was Europe's first integrated university and public library. It was officially opened by Her Majesty the Queen on the 11th of July 2012. In 2013, The Hive won numerous awards, including the National and Regional Award by the Royal Institute of British Architects (RIBA), Sustainability Award (RIBA) Awards West Midlands, Design and Innovation Award by the Royal Institution of Chartered Surveyors (RICS), Awards West Midland. 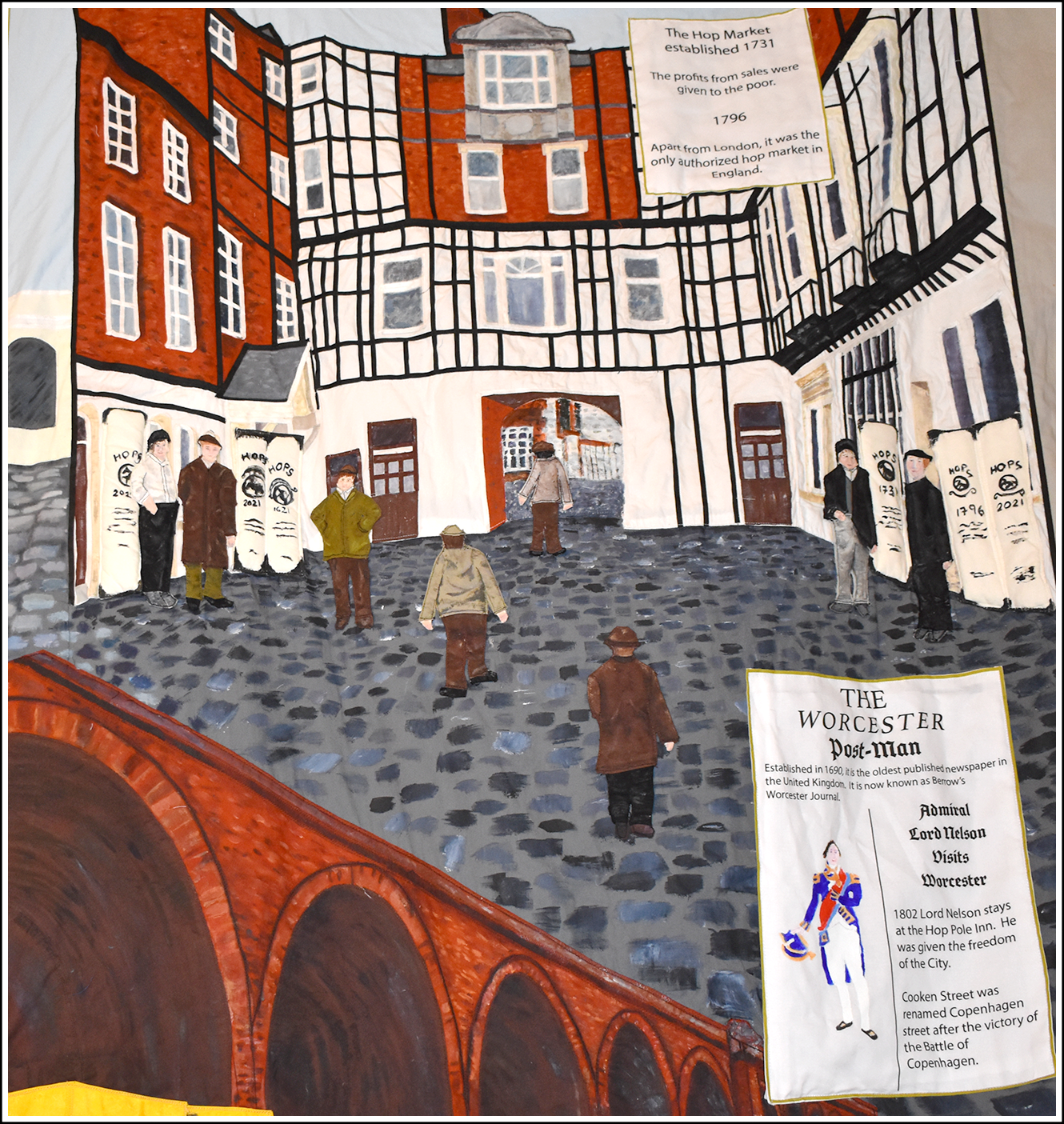 It's back to the very first section that was created - the Hop Market with the traders who arrived later. The hop sacks have dates painted on them that refer to the Worcester Charter, the establishment of the Hop Market, the date it became an authorized hop market and this year for the Charter celebrations. 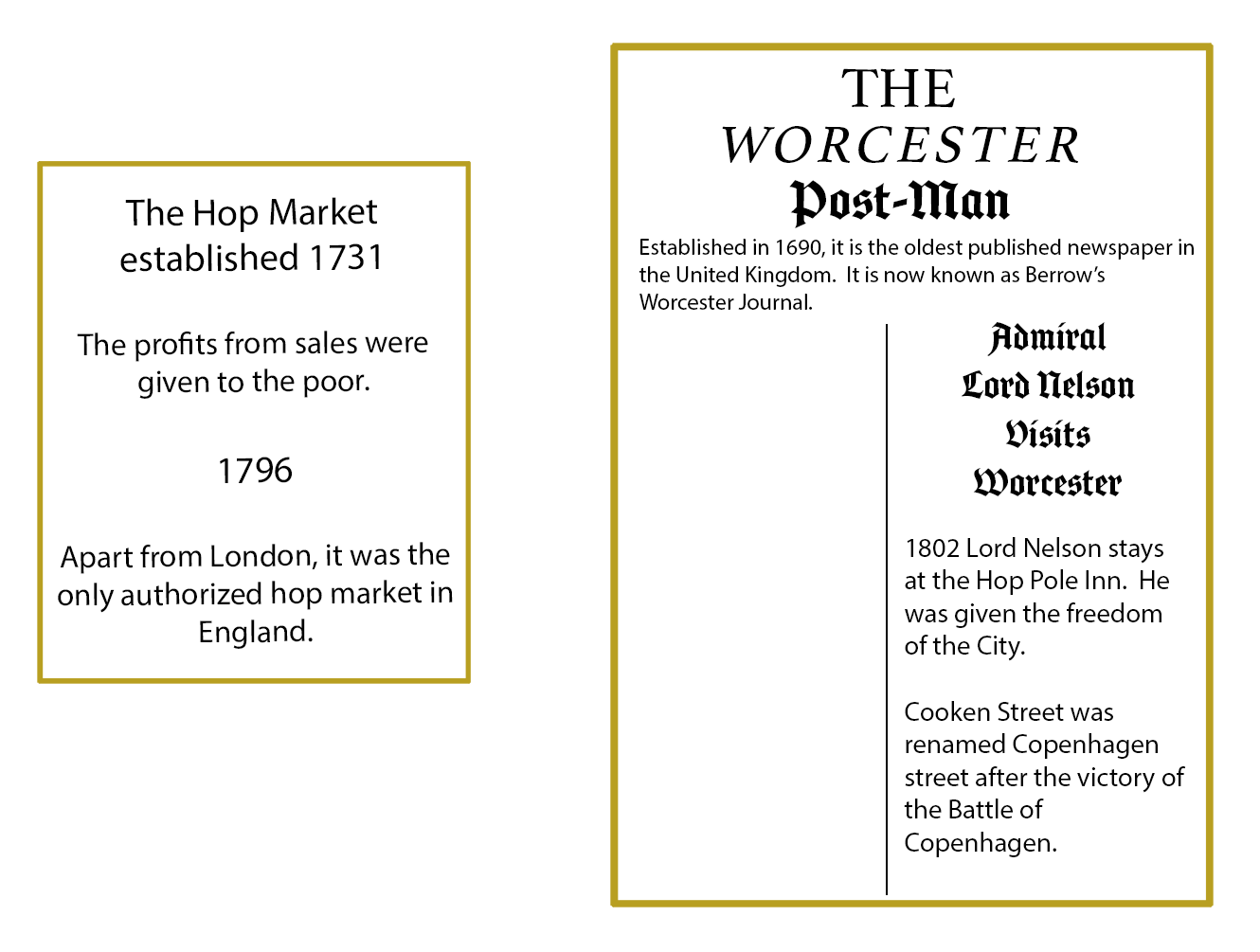 And finally... on the left side are images used with permission from Museums Worcestershire with some information relating to the companies. These were sent to a professional printers to be printed on fabric, below is the document that was sent. 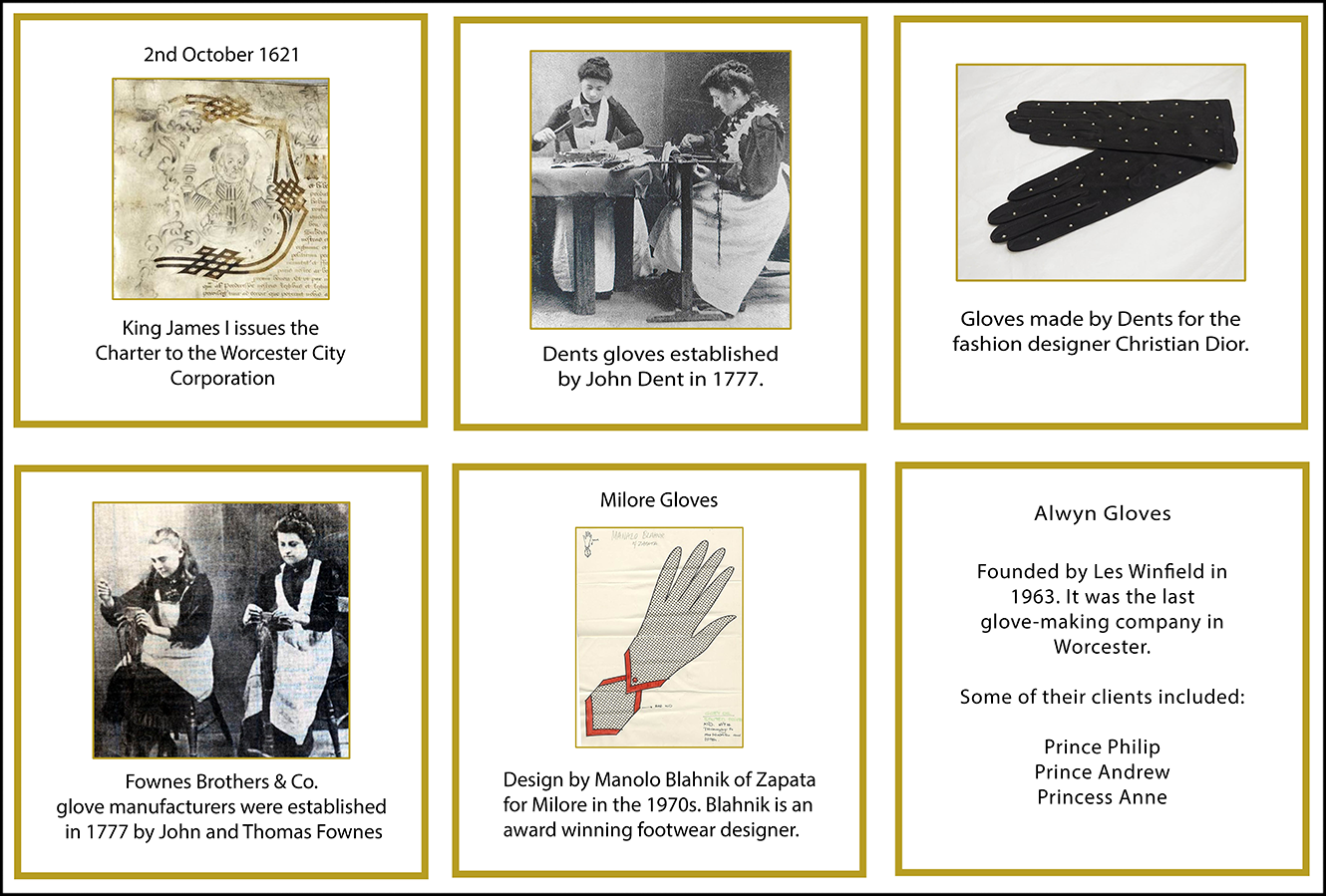