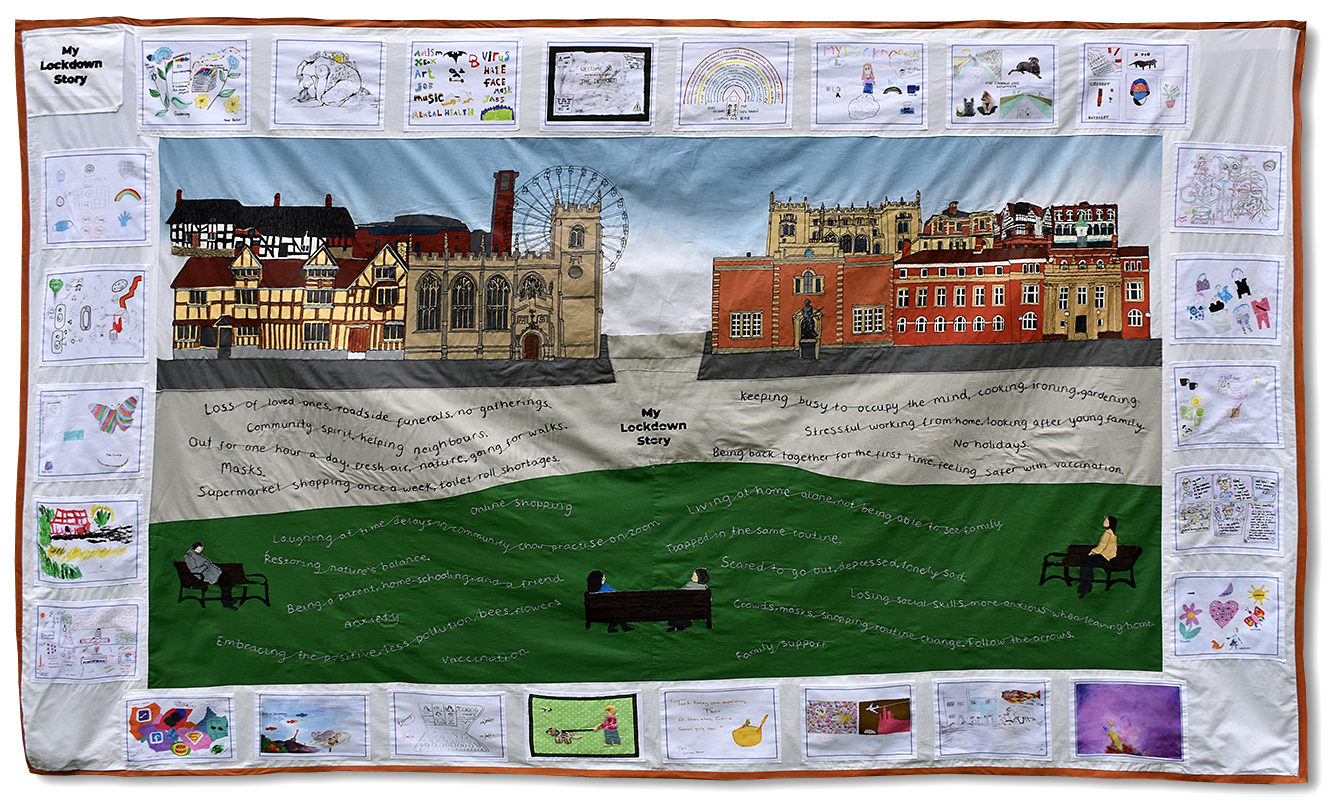 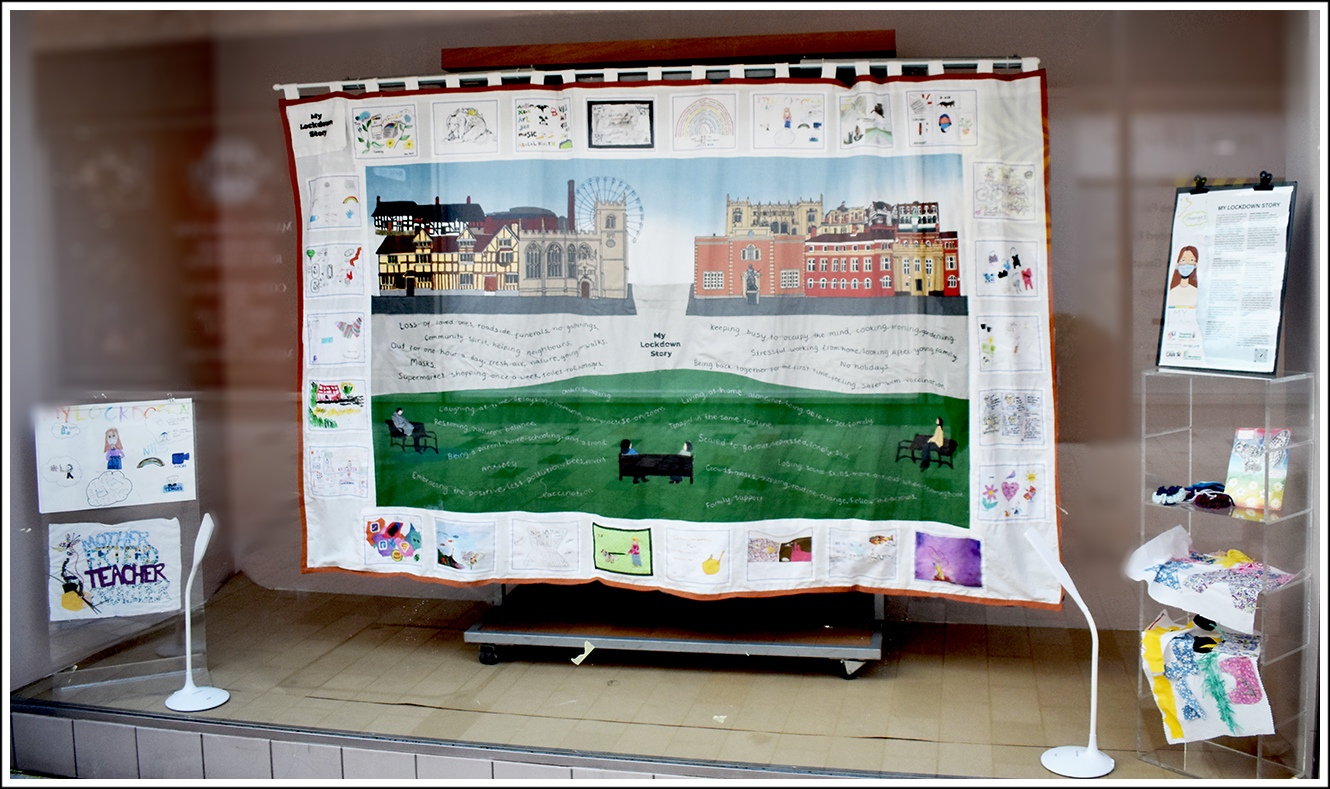 Arts Uplift was commissioned by Warwickshire County Council to deliver three exhibitions from three artists, telling the stories of different communities' experiences during the pandemic.

I delivered six art workshops, two in Stratford-upon-Avon, one in Bedworth and three in Nuneaton and interviewed the people who took part. The art created was inspired by their memories of their experience during the lockdown, these were drawn, painted, collaged and sewn.

I used the conversations as inspiration for the design; snippets of these are embroidered throughout the design. The illustrations of the buildings represent the two towns where I did most of the workshops. Conversations from the groups in Stratford-upon-Avon and Bedworth are written on the same side as the Stratford-upon-Avon buildings and the Nuneaton workshops on the other side. The border is made of some of the art produced in the workshops; these were digitized and printed onto fabric.

This was an unusual project to work on because the design was based on discussions in the workshops, it wasn't a preconceived idea. In the beginning, I had a basic concept of how I would interpret the conversations and include the work produced. The design idea changed after every workshop; the conversations brought different aspects of peoples' experience during the lockdown. Partway through, I knew that I wanted to screenprint important buildings to represent both towns. These were the first elements created; I cut at least thirty-six stencils for the screenprint. It wasn't until the last workshop that I had all the information to finalize the design. 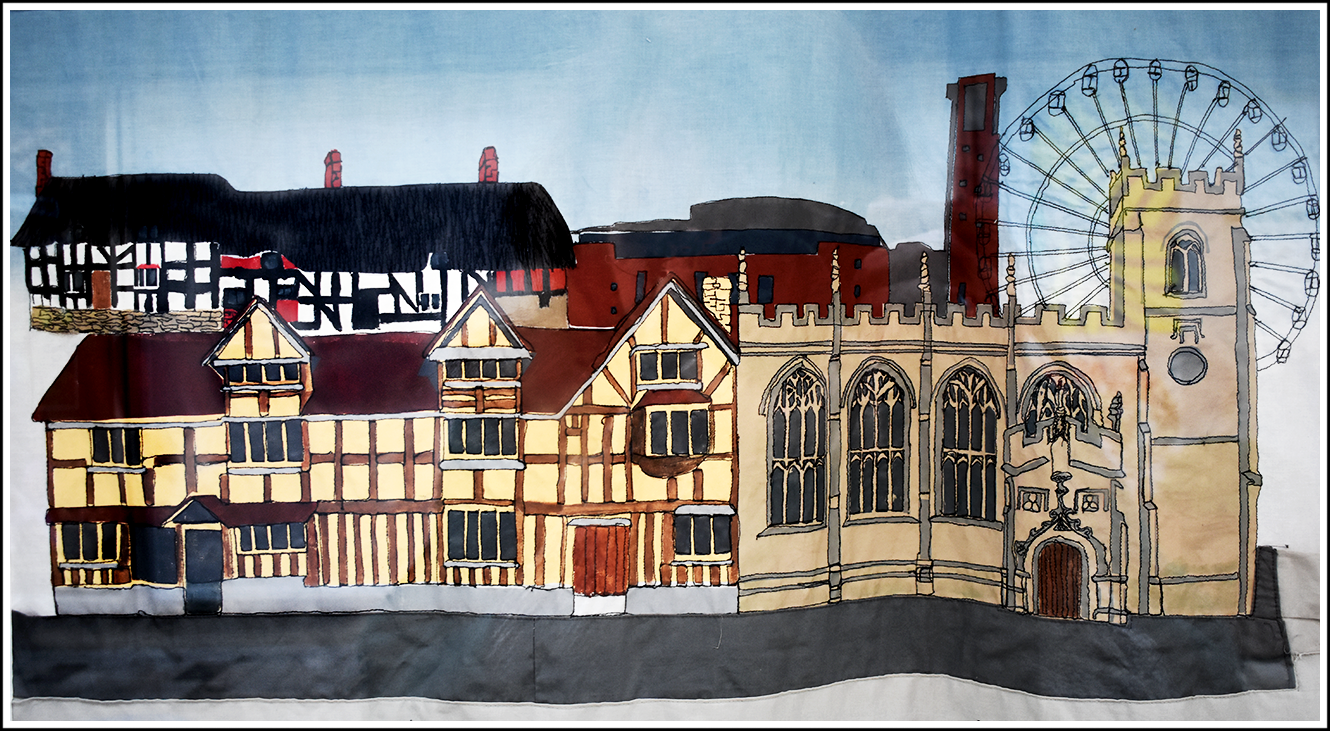 Originally the idea was to illustrate things discussed, but I thought that people may not realise that the design was based on the conversations. Including sentences from the recordings had more meaning and was a good way of summarizing the workshops and sharing each person's memory. 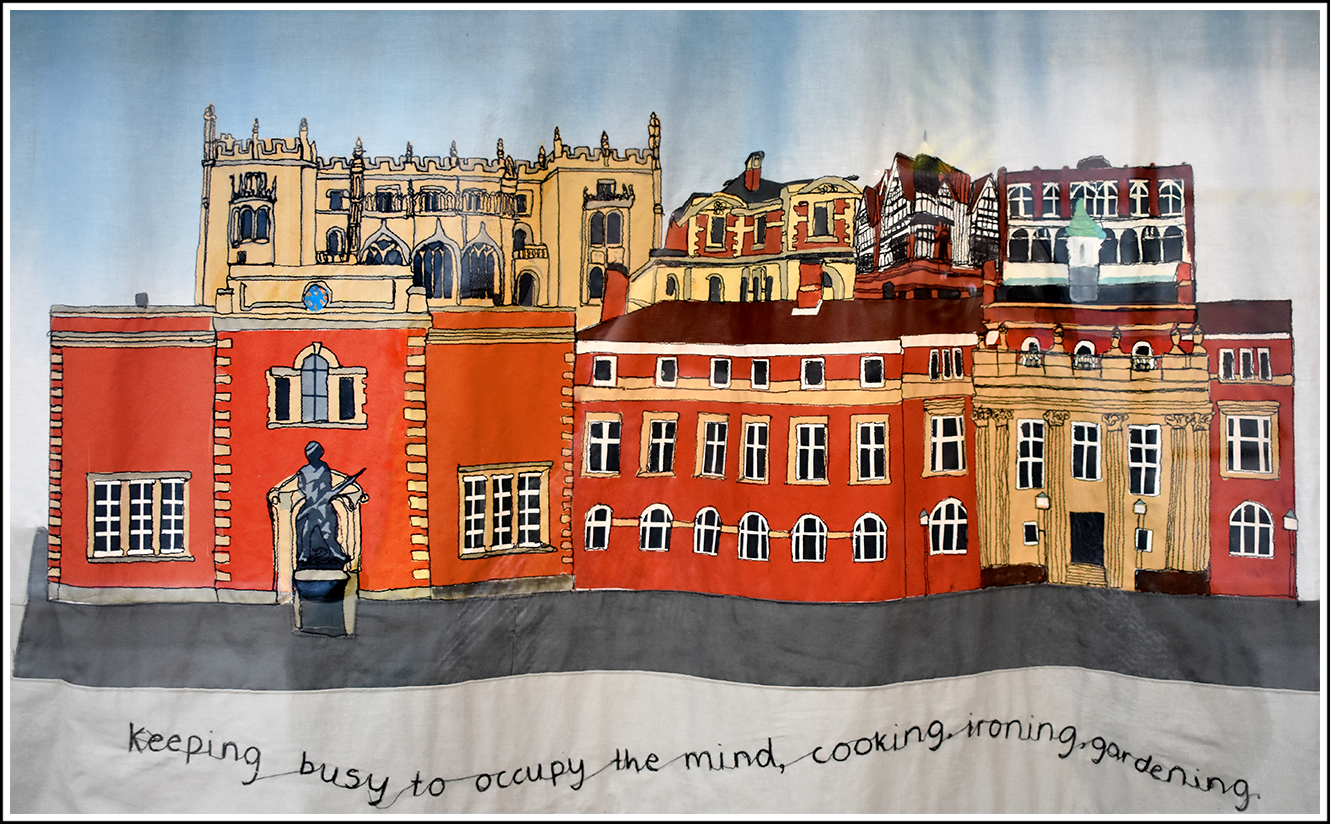 Two digital designs have also been created, one for Stratford-upon-Avon and Bedworth, and one for Nuneaton. These include all the artwork produced in the workshops for each area as well as the quotes. I wanted to include everyone's artwork and this was a good way to do it.

I enjoyed working on this commission; I met some lovely people along the way and gained a different perspective about the pandemic. I would like to thank everyone who took part in the workshops and shared their stories. 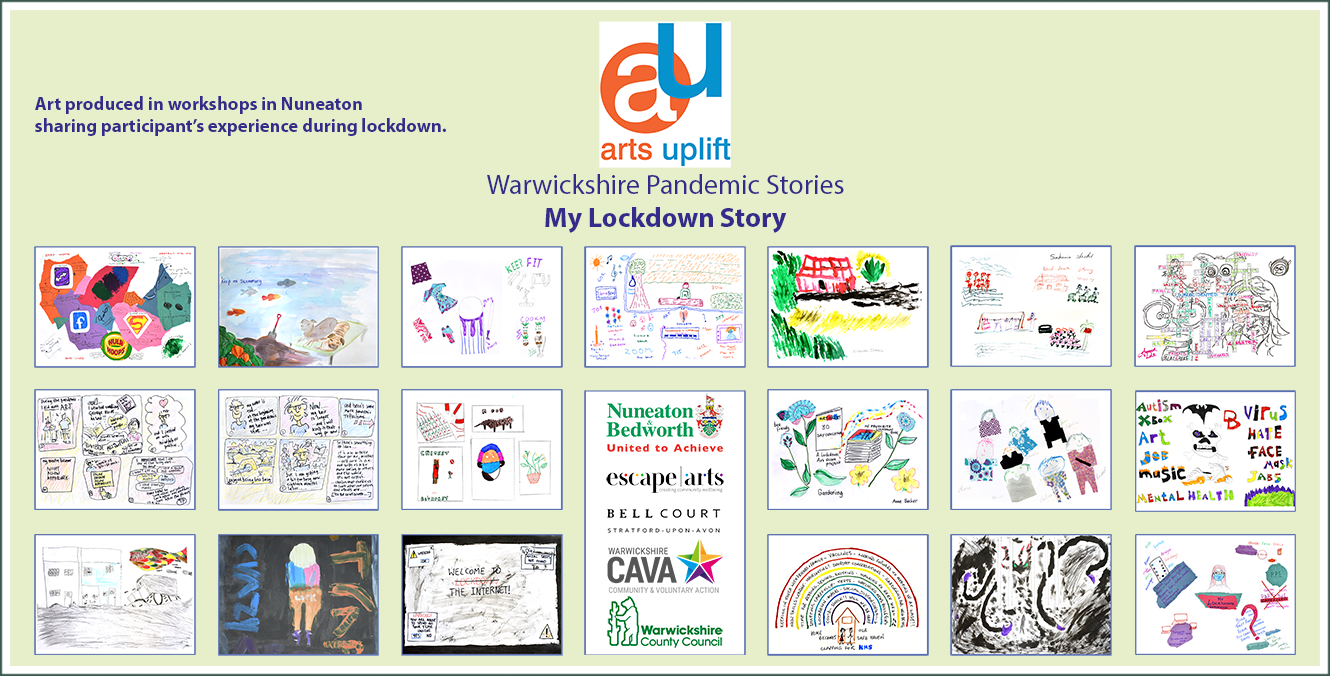