Originally, I was going to make this section only using appliqué, which is sewing shapes of different coloured fabric to make the picture. As the design developed, I had an idea to add a few brush strokes to the windows to create a glass effect. I tested it on a piece of fabric and placed it on the design; I liked the result, so I added more detail to the rest of the building.

This scene is approximately 100 cm x 80 cm. I used 17 metres of black ribbon in the building. People will be added later to create the scene of traders at the market.

The image below shows the work in progress, as you can see the painted areas are a lot more effective than just the plain fabric. 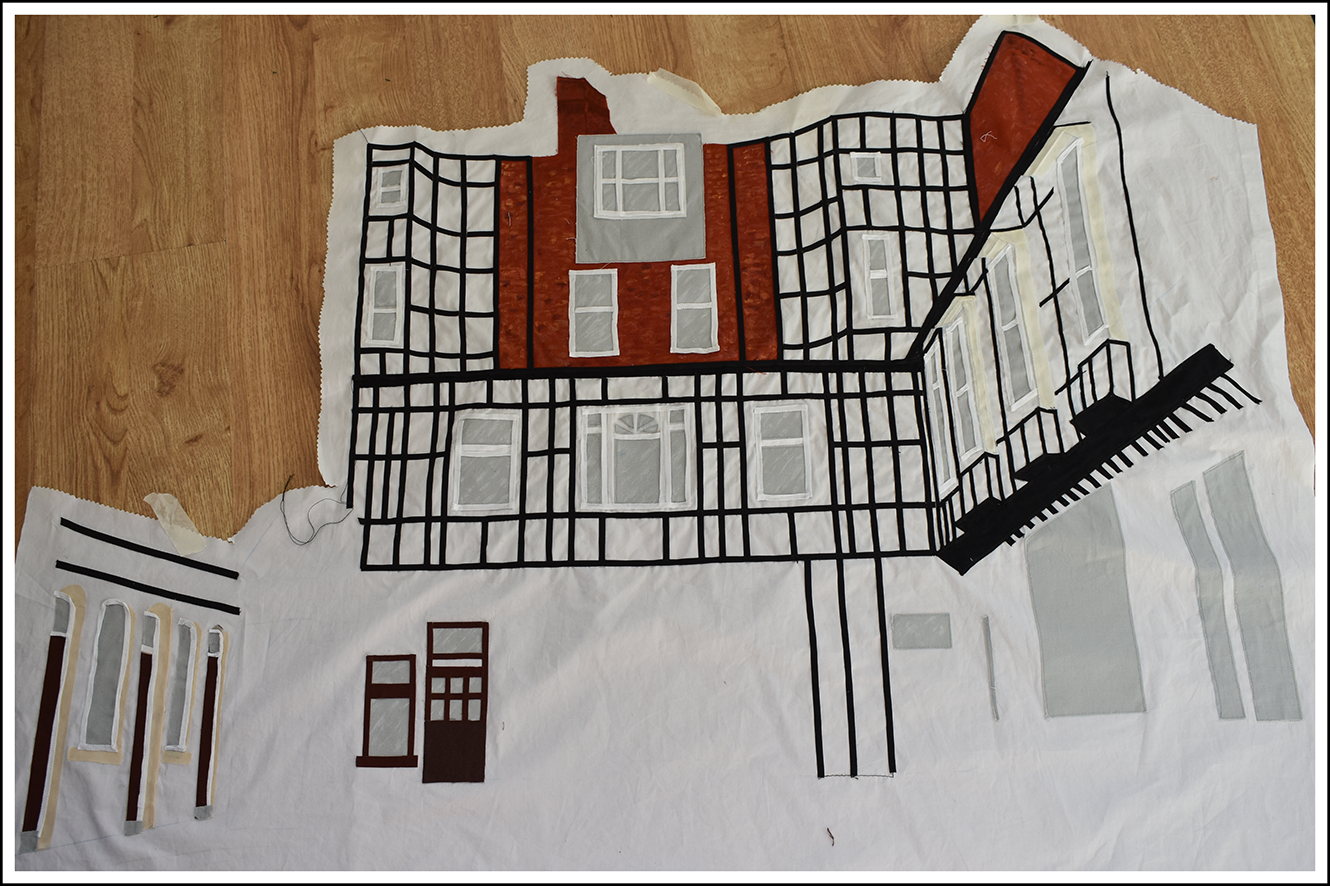 A close-up of the brickwork and doors. 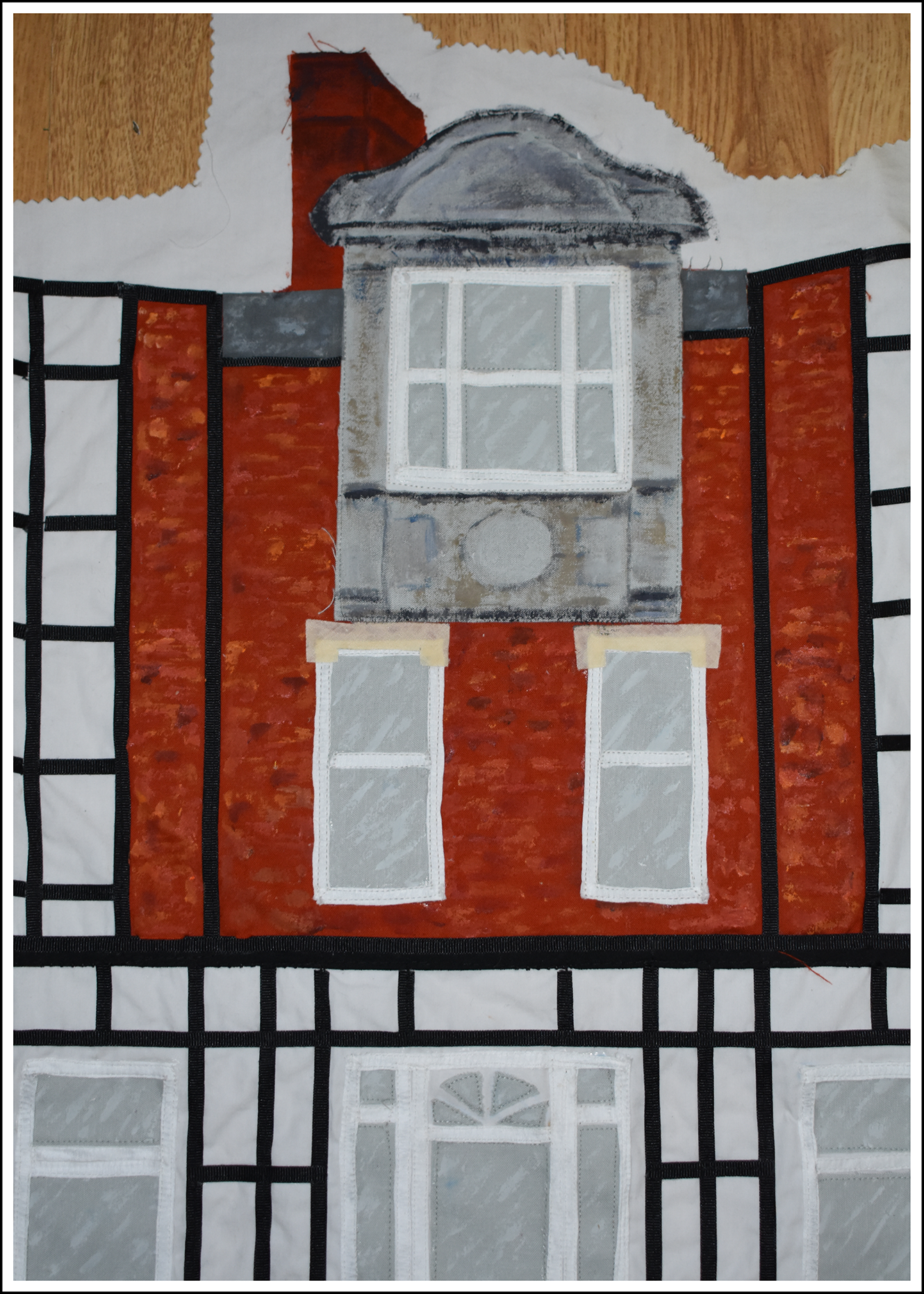 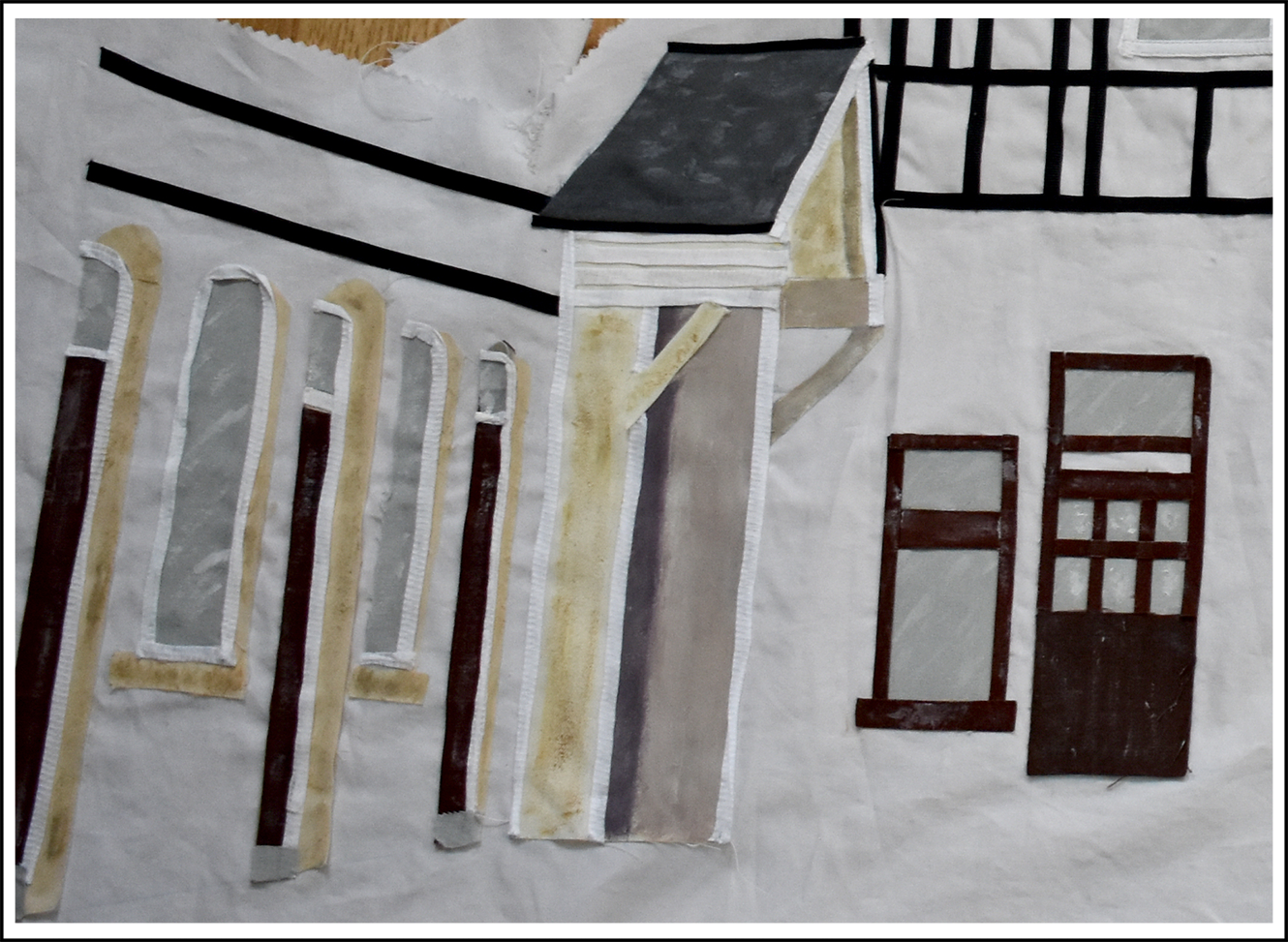 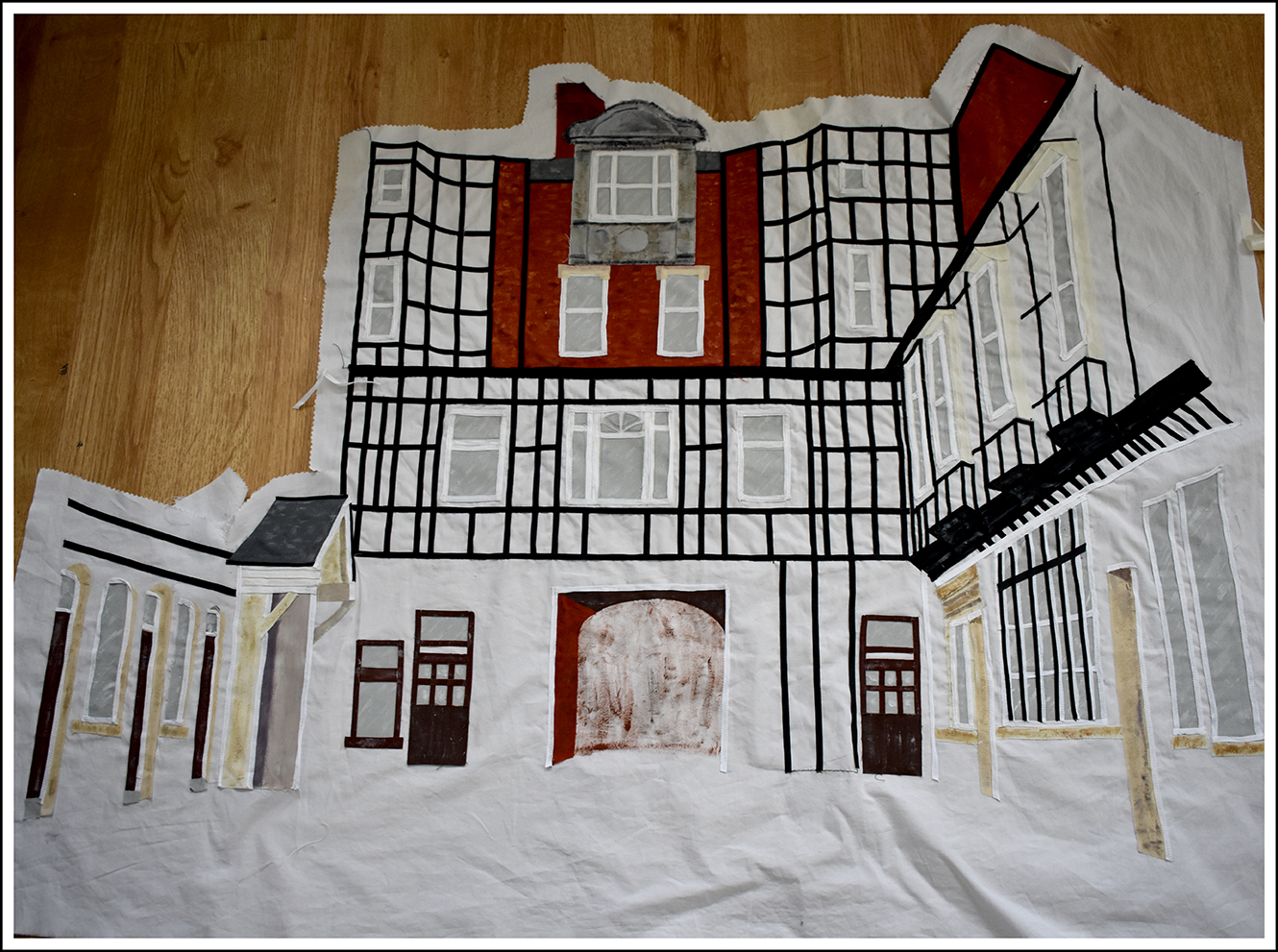 This is the finished building which is now waiting for the market traders to begin work. That will be later as I am now going to create The Hive, I'm looking forward to using the lovely bright fabric I have bought for it.