I would like to thank Evesham Abbey Trust, The Heritage Fund, Historic England, The Emley Foundation and Severn Arts for commissioning me to produce a textile artwork that tells the story about the heritage of Evesham Abbey and its history. Thirteen schools took part in the project; the years range from nursery to year 7. I would like to thank the schools, staff and children who were involved in making this project possible.

I want to share the development of the project, from its original concept to the final designs.

The first part of the commission involved delivering art workshops to thirteen schools across Evesham about the history of Evesham Abbey. The children produced artwork that explored the daily lives of the monks at the Abbey, illuminated manuscript letter design; the founding and dissolution of the Abbey and the Battle of Evesham. Art techniques used varied from polyblock printing, stencilling, drawing and collage. It was really exciting to see the beautiful work produced during each workshop. Below are the schools who took part: 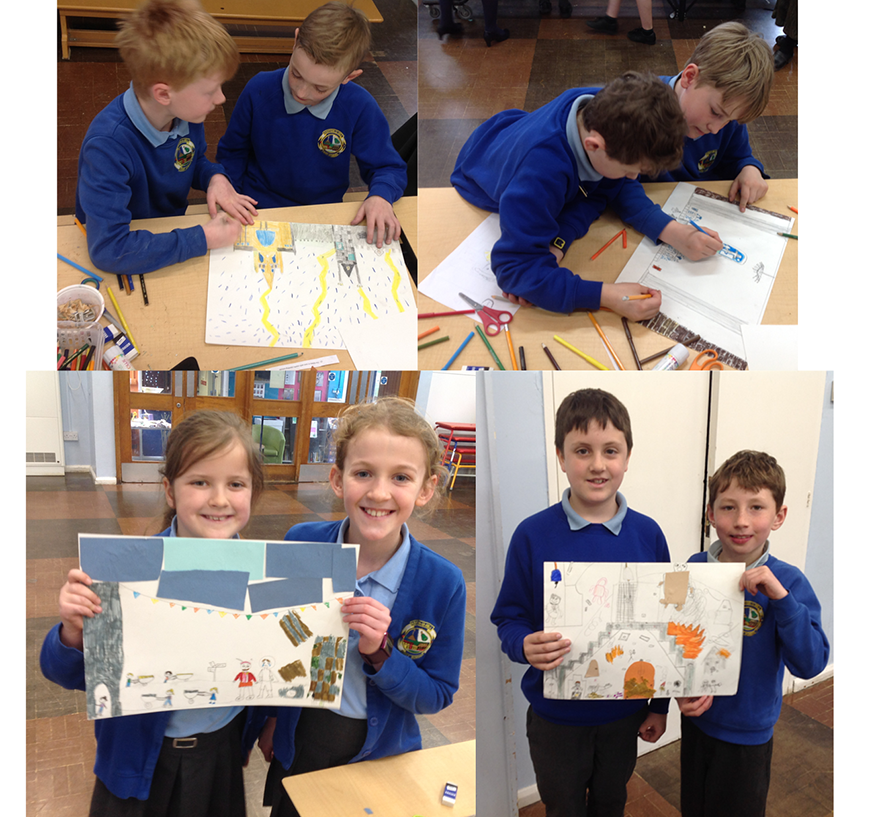 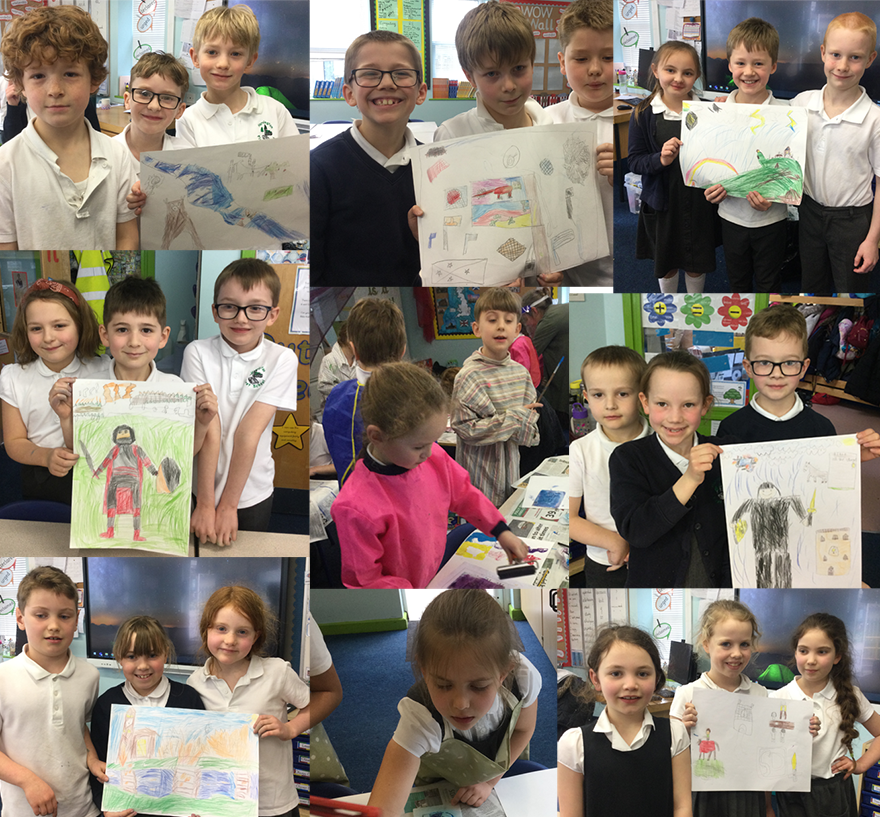 I will be making two Monk’s habits and a wall-hanging in the style of a stained-glass window. Artwork created in the workshops will be digitally edited, ready to be printed on fabric and sewn onto the habits. I asked the children to mark which colours they would like to be placed in their drawings if they didn’t finish the colouring in the workshop. Where possible, I have avoided editing the original artwork; there are some instances where two illustrations from the same school are combined to create a composition.

Below are the original design boards. 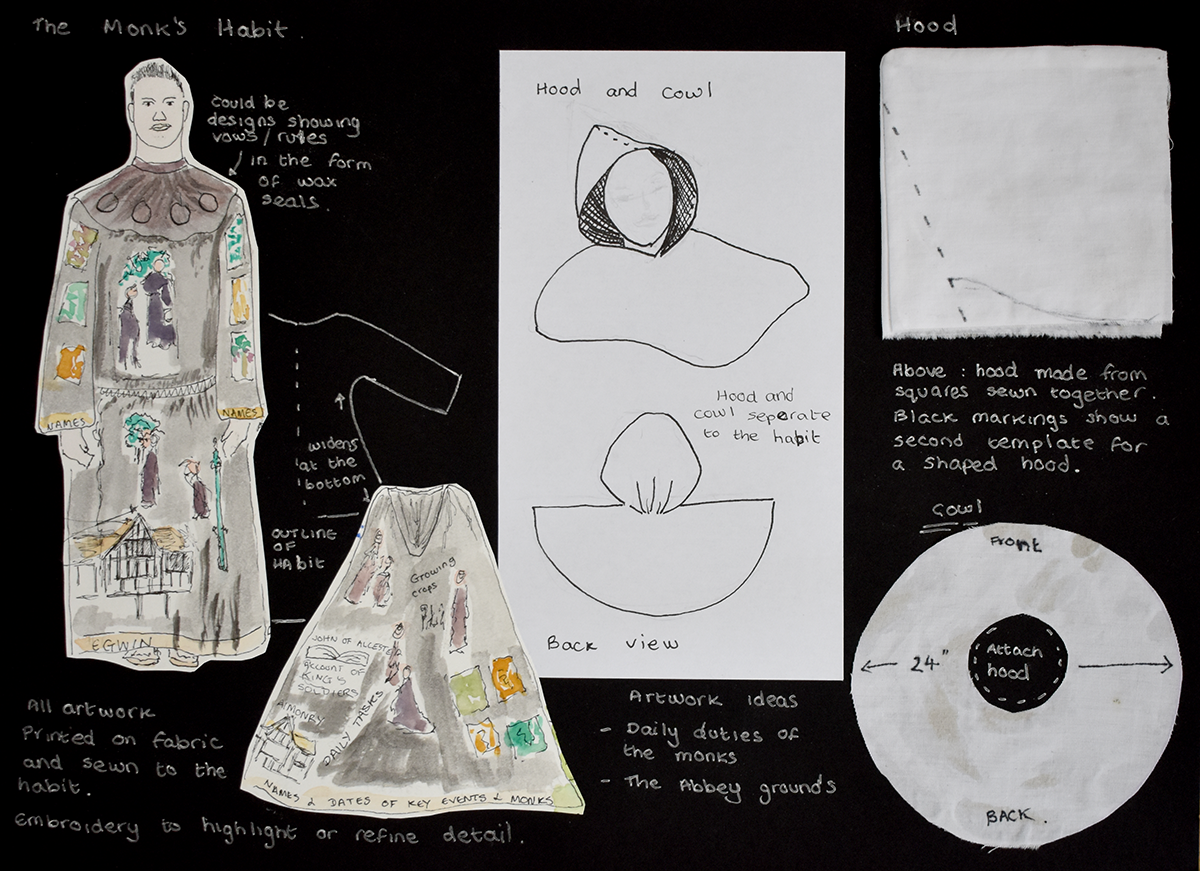 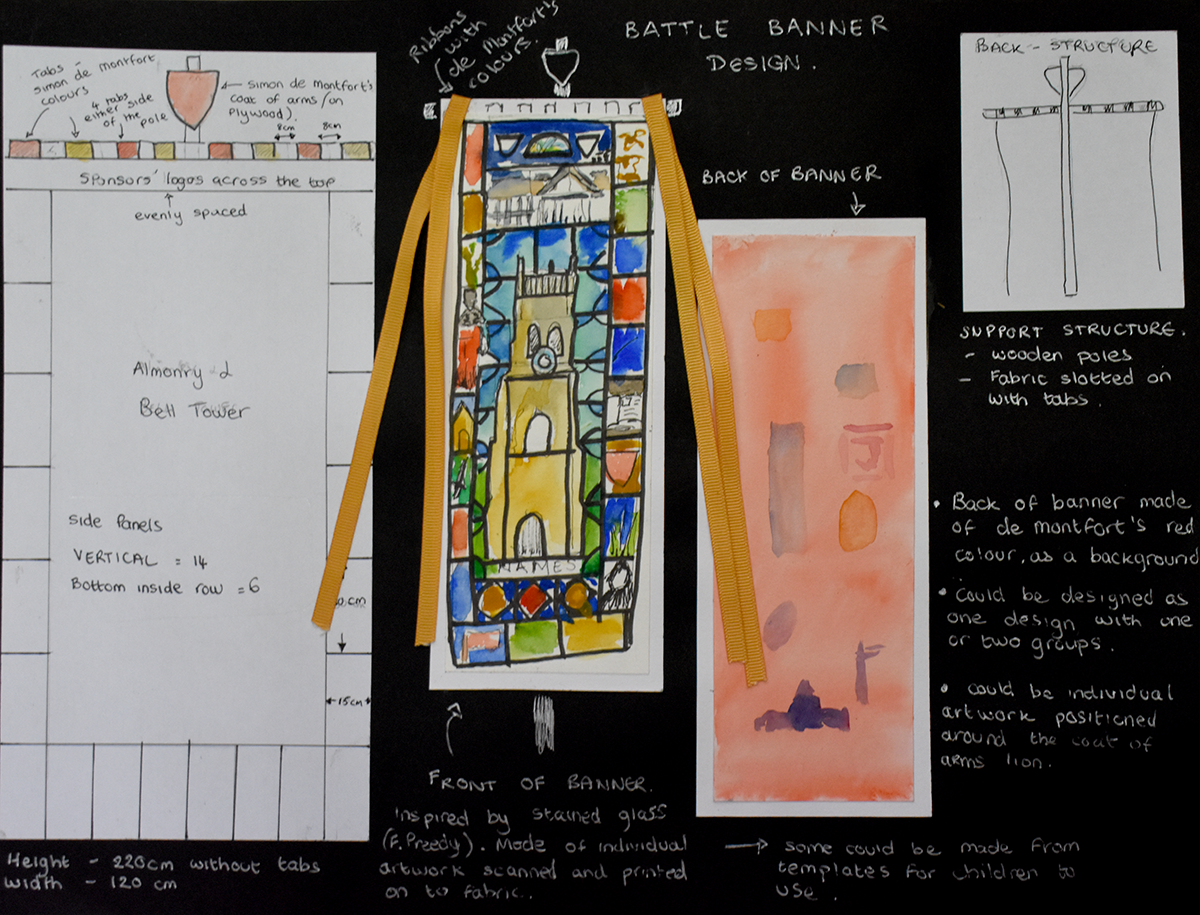 A lot of time was spent editing the artwork in preparation for the printing, enhancing backgrounds of at least 125 images for the first 2m of fabric. I arranged a selection of the work for the borders, waist band and cowl on two documents the size of the fabric 100cm x 135cm. Borders for the base, waistband and illuminated lettering for the cowls were the first to be printed. I was really excited to see the first metre of fabric arrive, I could now see the results of all that editing. 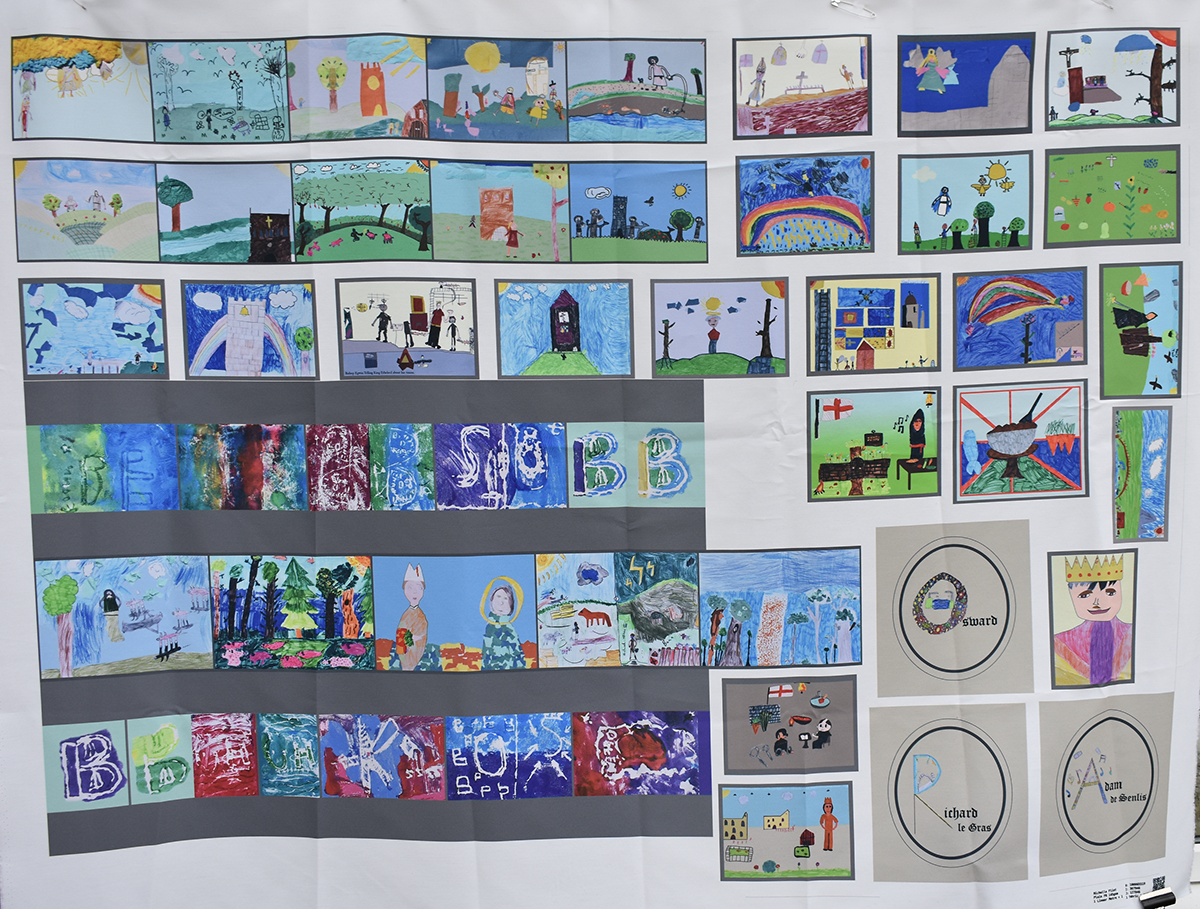 Above: The second metre of artwork for the habits ready to be cut up and sewn. 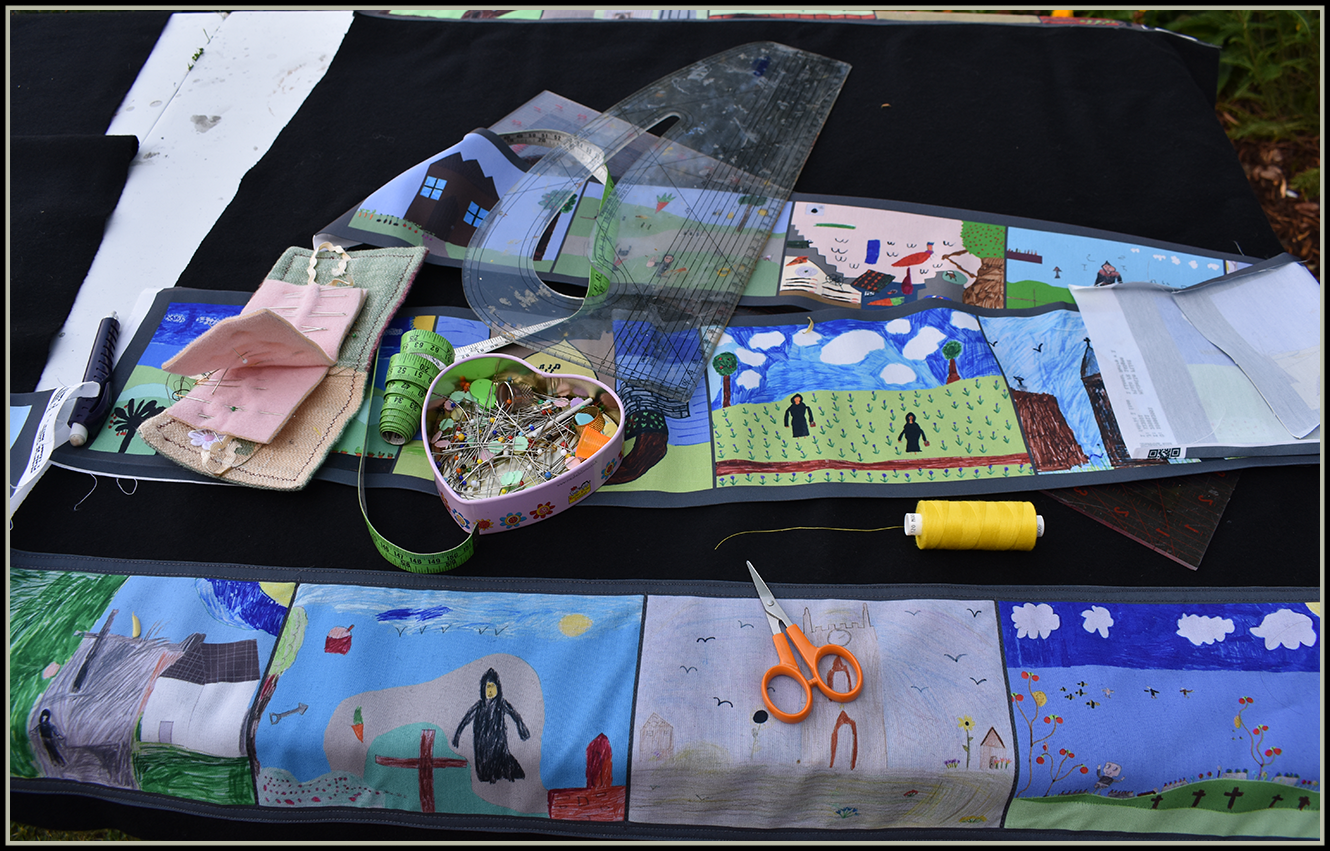 Attaching the bottom border and waist. 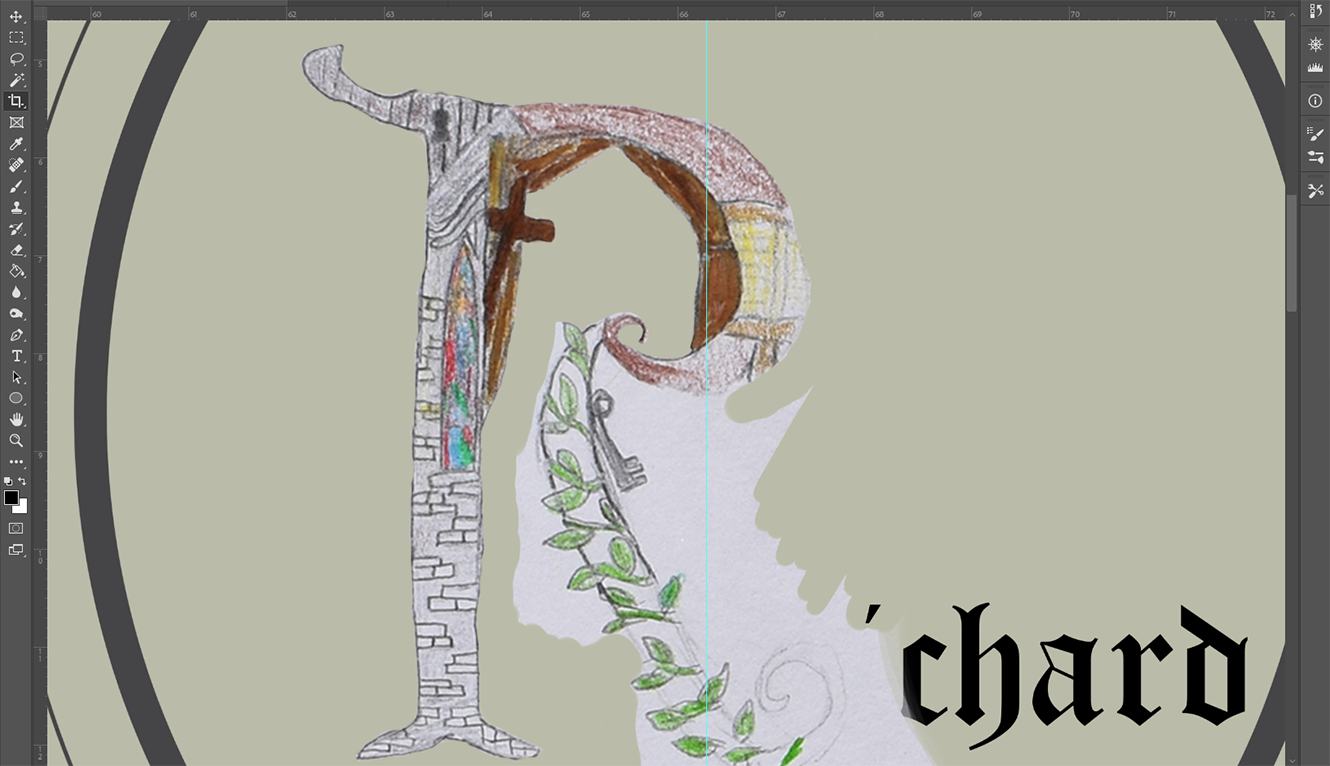 Sketch book paper being digitally removed in preparation for printing onto fabric. The illuminated letters were designed for the names of the Abbots and Monks who lived at the Abbey. These will be sewn onto the cowl. The letters below were created by pupils from St Egwins Middle school.

It's been beautiful weather recently and I've been working outside in the garden. Only two pieces of artwork need to be sewn to the back of the habit and then it is ready for construction. The borders of the sleeves below were created by the pupils of Harvington C of E First School. 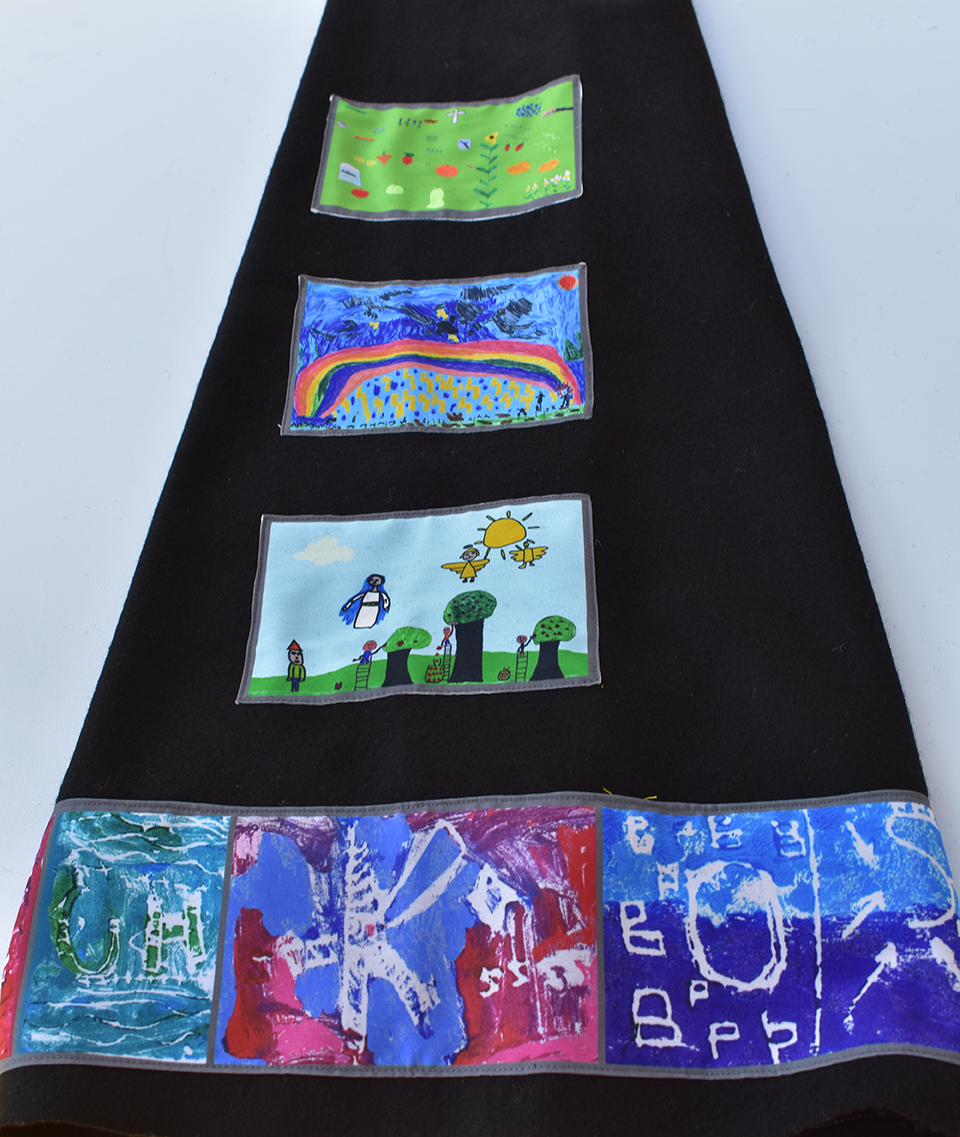 More information and photographs will be uploaded soon.